How to run a wikithon

We all know about the traditional lifecycle of Wikis. They start with a blaze of publicity, attract a dozen or so pages, then activity fades inexorably away. It doesn’t have to be like this! Try starting with a wikithon

The Wikithon is a piece of process that can be introduced into your Knowledge Management Framework in order to help with creation of a wiki-based knowledge resource. We know that Knowledge Management needs process as well as technology (as well as roles, as well as governance) and many wikis fail through lack of process. Without a process, they remain as empty pages waiting to be filled.

The name “Wikithon” is based on the term “hackathon” (an event in which computer programmers and others collaborate intensively on software projects). So by analogy, a Wikithon is an event in which content owners, community of practice members and others collaborate intensively on creating wiki content. Wikipedia call this an “editathon”.

A Wikithon is therefore a special event for creating and editing Wiki content, which may last from a couple of hours to a day or more. The event may be co-located or it may be virtual. As a side benefit, the Wikithon often introduces many new people to the concept of the wiki.

There are many Wikithon examples in the public sector, for example the Women in STEM wikithon (one of a series held to increase the representation of women’s content in Wikipedia), the annual wikithons at Colombia University to create the content for the WikiCU, or the Wikithon for creating the Making Mobile Gov Wiki, held in a coffee shop in Washington, shown in the video below.

In the private sector, ConocoPhillips has had great success with Wikithons, each of which may create up to 100 pages of new content for the company Wiki.

How to run a Wikithon

You can find advice on wikithons from Wikipedia, some of which is incorporated in teh guidance below.

The Designing Buildings Wiki, pictured below and explained above, is a wiki for the construction industry.

It is active – with 5 million users, 14 million page views per year, and plenty of new edits and content added in the last few days. It’s 7500 articles cover topics such as project planning, project activities, legislation and standards and industry context, It also contains overviews of iconic buildings such as Number 10 Downing Street, the White House, the Palm Atlantis and the Bank of China Tower. 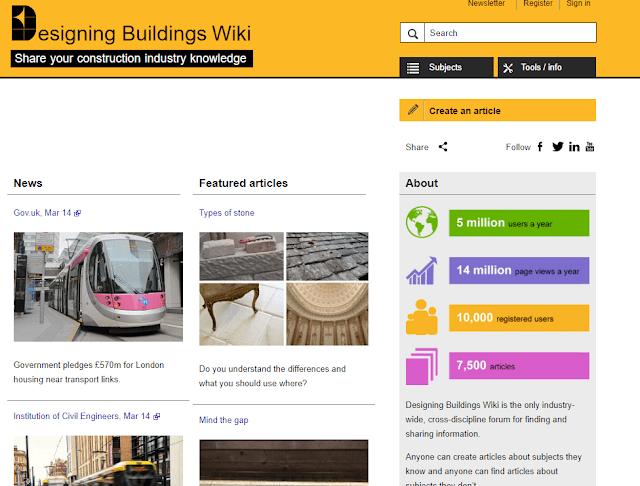 It looks like it uses MediaWiki technology, and is edited by Designing Buildings limited.  It has useful features such as a “related articles” box, and a “featured articles” section. It even contains a section on Knowledge Management in construction.

This is a really good showcase for the power of wikis

4 myths of the Enterprise wiki

An article from 2009 gives us 3 reasons why wikis are not the easy route to KM that many believe. I have added a fourth

This comes from an article in pcworld based on a interview with Danish Analyst Dorthe Jespersen. Dorthe’s believes that the organisational culture can be a real barrier to the adoption of wikis, and the idea that wikis will allow knowledge to spontaneoulsy emerge, as on Wikipedia, is unfounded.

Her three myths are as follows

Myth One: Wikis will motivate employees to contribute content.
Jespersen describes the “Empty wiki syndrome,” or when a wiki is deployed without a clear purpose or is too general in its focus, resulting in a site with almost no activity. It helps, said Jespersen, to appoint someone to manage the wiki, ensure there is structure like guidelines and a basic information architecture, and that it is launched with content already posted because “it’s very hard to just react to this empty space for the user.”

Myth Two: Employees know how to contribute.
The concept of a wiki may be simple, but contributing content is not necessarily logical for casual users. Jespersen said some organizations prefer to refer to existing written policies around content creation that say, for instance, employees are responsible for the content they produce. But policies can be tricky considering the goal is to strike a balance between governance and structure and flexibility. Some wiki-specific policies might include guidelines around creating pages that are easy to read by having a table of contents if the page is long, or having a naming system for links to ensure consistency.

Myth Three: Wikis will always provide the information employees need.
Although searchability is often a selling point of wikis, Jespersen said the reality is wikis are difficult to search through, unlike a content management system. Given there is little structure built into wikis, “it is difficult to structure this information to make it findable the next day even.” Content on a wiki can grow faster than the organization can keep up, she said, therefore the wiki managers must perform regular searches and quality checks of the content. Overall, Jespersen suggested starting with a pilot so that the true purpose and scope of the wiki can be first ascertained before an enterprise-wide launch.

Underlying all of this is a fourth myth, which is still prevalent, and which I feel should be added to the list:

Myth Four: Wikipedia is a good model for in-house Wikis

Wikipedia is the archetypal bottom-up Wiki, drawing on the wisdom of the crowds, and is often taken as a model of bottom-up voluntary free-form knowledge sharing. However it is a poor model, for several reasons:

The way we write reports, especially scientific reports, is not the way we should write Knowledge Assets in a Wiki.

I am consulting with a firm which is moving much of its current knowledge into wiki format, on order to take it out of the document library and to turn it into a resource that is in the public domain, searchable, hyperlinked, and constantly updated.

The problem is that many of the knowledge owners are scientists, and their default knowledge format is very much based on scientific reports. Many of their first-attempt wiki pages are composed as follows:
The conclusions are where the knowledge is found, and presenting it in this way means that the reader must scroll to the bottom of the page every time to find the knowledge, and that the reader must read every project to get a full picture. Also the knowledge is not updateable, as it is linkedin every case to a project.
We are now moving the content into a “Knowledge First” structure, as follows:
The links to projects could be hyperlinks to sections further down the page, to separate project summary pages, or even to the project reports in the document management system.

This less like the way knowledge is presented in scientific reports, and more like the way it is presented in newspapers; starting with the headline, then the introductory paragraph which summarises the whole story, and then “read on for more detail”. It is a reader-driven format, aiming to give the reader what they need to know in the most efficient way.

By presenting the material in this way, the reader can find the knowledge quickly, and then zoom in to the level of knowledge they need.  Also any update to the knowledge happens at the top of the page, in clear view, and any old, invalid conclusions can be overwritten.

Format your knowledge assets and wiki pages with the user in mind, and think “Newspaper format” rather then “Scientific Report”.