11 ground-rules for successful After Action reviews

AAR is a quick and simple but powerful KM process. Here are 11 rules for AAR success.

After Action Review (AAR) is one of the most basic Knowledge Management processes – quick, simple and powerful when used well, and when used to drive change and improvement. An organisation that develops the AAR habit is well on the way to becoming an learning organisation.

However there are certain ground rules which need to be applied if AARs are to deliver value. The 11th rule is the most important!

Learning effectively from projects is a goal for many organisations. Here are some ways how to do it.

The list below of success factors for project-based learning was proposed by Schindler and Eppler, two researchers working out of University of St. Gallen (Switzerland), in their paper “Harvesting Project Knowledge: A Review of Project Learning Methods and Success Factors“.

It’s a pretty good list! Their text is in bold, my commentary on each of these is in normal font.

Schindler and Epper therefore cover three out of the four enablers for Knowledge management – Roles and Accountabilities, Processes, and Governance.
The one they do not cover is technology, perhaps because there were few effective Lessons-Management technologies around in 2003. Therefore I would like to propose a 5th enabler, as follows;

Sometimes learning after an event should be instantaneous, as in the “Tailboard AARs” used by fire crews. 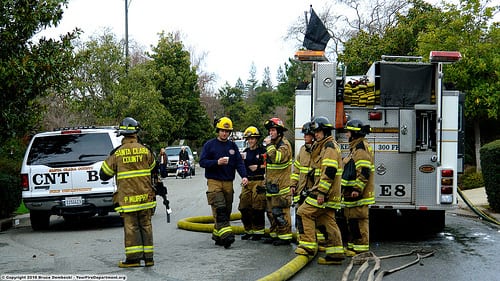 The Tailboard AAR  is a term used by the Fire Service to describe a short Knowledge-sharing session (an After Action Review) that should happen immediately after activity, around the Tailboard of a fire truck, if necessary.

The great thing about this reflective event is that it should happen immediately, while the team are still “present in the moment”, before they get back to base, before memories start to shift, and while the shared experience they have just been through is still at it’s most vivid.

Here’s what the Fire Service says

“For (Goodyear Arizona Fire Department Chief) Russ Braden, AARs provide the first level of  learning for the organization and the best opportunity for constructing a safety-aware working culture. “Quite simply put, this is nothing more than a crew taking a few minutes to review the incident or a recent event. This is the time within the safety of their crew to review what went well, what can be improved, or what didn’t work at all. This type of learning environment will begin to spread lessons to each of the work groups, shifts, and to the rest of the department as it perpetuates.”

At a recent meeting of district Battalion Chiefs, personnel said the AARs were making impacts on the organization in several different ways. Captain Tim Graves said one of the best features of the four-question AAR that he’s found is its adaptability to the scale of the incident. …..

Battalion Chief Mike Duncan said “I think the AARs are a very critical trust piece: people learn that it’s OK to bring out actions that didn’t go as planned. …

Division Chief Kelly McCoy said he thought the AAR format was helping to promote the mindset of planning. …  Other personnel said what they liked about the AAR process was that it was easy to use with a group.”

After Action Reviews have been around for a long time as a Knowledge Sharing tool, and the experience of the Fire Crews reminds us of some of the AAR ground rules.

You may not use trucks with tailboards, but how can your organisation embed the habit of immediate after-the-event pausing, and learning?

The US Federal Emergency Management Agency (FEMA) has a pretty good process for capturing and distributing lessons. Here are the 11 steps. 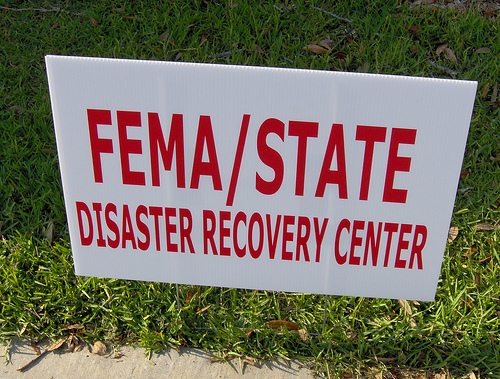 Every Emergency Services organisation pays close attention to Lesson-Learning  (see for the approach taken by the Wildland Fire Service). They know that effective attention to learning from lessons can save lives and property when the next emergency hits.

The lesson learning system at FEMA was described in an appendix to a 2011 audit document  and showed the following 11 steps in the process for moving from activity to distributed lessons and best practices.  Please note that I have not been able to find a more recent description of the process, which may have changed in the intervening 7 years.

This is a pretty good process.
However despite this good process, the audit showed many issues, including

So even a good process like the one described above can be undermined by a lack of governance, a lack of trained resources, and a poor technology.

After Action Review as an agent for culture change

After Action reviews are a prime example. They promote openness; people will learn that ‘there is no comeback’ and questions will receive answers. They promote reflection, learning and a performance focus, through discussions on “What did we set out to achieve? What actually happened” “How can we do better next time”.

Below is some feedback from work we did several years ago at an industrial plant in the US, experimenting with introducing After Action Review. We found that not only did the AARs identify many many opportunities to save time and money, they also started to change the mindset, as these quotes from the workforce demonstrate.

“I thought I needed to be the expert and felt threatened at first. After a few AAR’s I felt comfortable that the guys appreciated using their ideas and we became a team” (Supervisor)

“Before the AAR, they didn’t feel like they were a team; After a few AAR’s they became one”. (Boilermaker)

“I have been doing this work for 20 years, and no one has ever asked me what I thought before; so it was a change”. (Boilermaker)

“We are now doing a Before action review in the mornings”. (Supervisor)

Here’s another quote, from a mine manager in Botswana, where we used AARs to radically improve some of his production processes, and deliver savings in the million-dollar range. However for him, there was something even more important than the money.

“The most important thing was the engagement of the people. The people who were involved in this, they actually feel that they are part of a team now. It’s not the project team vs the contractor vs the end users – everybody is part of a single team now. And people are actually coming up with suggestions for implementation, and what makes it quite exciting is that people come up with very good suggestions, we implement it, they see the implementation of that, and they see the benefit afterwards, and so success breeds success”.

That engagement, and that “success breeding success,” was worth more to this manager than a million dollars, because it is the start of a new engaged performance-driven knowledge-enabled and knowledge-seeking culture that will deliver value for years to come.

6 reasons why After Action reviews are such a great tool.

After Action reviews are one of the core tools in Knowledge Management – but what makes them so powerful?

After Action Reviews (AARs) are like the Hammer in the Knowledge Manager’s toolkit – one of the most basic and most important tools.

They are applied in many organisations around the world as part of their Knowledge Management Framework.  They are focused review meetings, relatively short in duration, designed to help the team become conscious of their own knowledge, so they can act on that knowledge as work progresses. It is like “learning on Tuesday to perform better on Wednesday”. In addition, the learning can be transferred to other teams, but this is generally a secondary role.

This process was developed by the US Army, who use it as their main knowledge-gathering process. It does not go into very great analytical depth, and so is useful for reviewing short-turnaround activity, or single actions. It is short and focused enough to do on a daily basis, perhaps at the end of a meeting or at the end of a shift. After Action review consists of a face-to-face team discussion around 5 questions:

So what makes AARs so valuable? Here are 6 reasons (and you can find 6 more reasons here);

If you can apply AARs as part of your KM Framework to regularly drive improvement and change, then you have made full use of this simple yet powerful tool.